A basket of contest entries

Been working on applying for more contests. I really should be editing my backlog of photoshoots, but those don't have deadlines...

I submitted entries for four different PSA contests due during the month of November. I'll share a sample image submitted to each one, just for the fun of it:

I've also submitted photos to two different gallery exhibitions. The International Photography Exhibition is a Monochrome gallery in Glasgow, Scotland. I guess this is actually an online show, given that it's international. I entered eight photos. This one is called "Dance for the Earth"; it's Haven Model in Mount Rainier National Park in August 2018:

And this is from my entry for "Figure That" at 3 Square Art in Fort Collins, Colorado, which exhibited two of my photos last year. Out of three submitted photos, this one is "Exclusive," with Marzipanned in Seattle's Frink Park, January 2019: 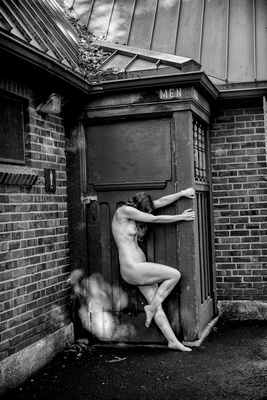