Let me be clear about this: I have never in my life engaged in “adult sexual solicitation” on social media, although Instagram has inexplicably accused me of it, repeatedly. 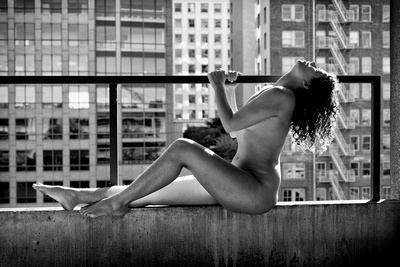 I am an artist, a photographer, and my subject matter is frequently the nude human figure. As with artists going back to antiquity, nudity, in my art, represents humanity in its natural state. I photograph women, and sometimes men, in wilderness settings, depicting a return to a state of harmony with nature that most of us have lost. Sometimes I photograph nude models in urban settings, contrasting our natural state with the hard artificial lines of industrial life.

Recently I have also started photographing non-traditional models—people of color, non-binary and transgender individuals, for instance—with the goal of centering alternative and more inclusive ideas of what it means to have a “normal” human body. 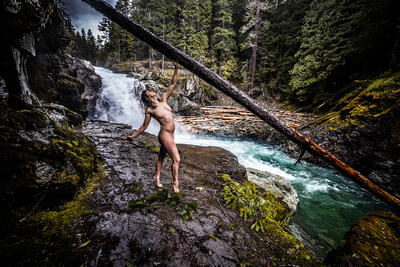 The "Barbie Doll" approach to self-censorship

The models in my images are often nude, but they are always censored, in strict compliance with Instagram’s separate guidelines on nudity. Genitals are always blurred, obscured, or digitally erased (often making my subjects appear comically like Barbie and Ken dolls). Bottoms are avoided (even though they are everywhere on Instagram, with whole accounts dedicated to them). Female nipples are covered or Photoshopped (even when they are literally just a few colored pixels indistinguishable from men’s breasts but for the vaguest of context clues). And this is why Instagram almost never complains about nudity in my art. The only two exceptions in my entire account history are an insufficiently obscured butt, and one time when I accidentally posted the uncensored version of an image and realized it immediately but got flagged before I could take it down.

No, Instagram’s beef with me is “sexual solicitation.” Somehow, the very subject matter of my art, the idea of the nude human body as natural, is so subversive that, even censored, it has to be shut down, even if the closest thing they can accuse me of is “offering or asking for sex.”

And because Instagram is sole judge, jury and executioner, there’s no recourse but to ask for a “review” and hope that the same judge will somehow say something different.

Of course, the word “judge” mistakenly implies that we’re talking about, you know, a human being, as opposed to an algorithm trained to exercise judgment based on the ratio of skin-colored pixels and the configuration of dots that might or might not be (female) nipples. 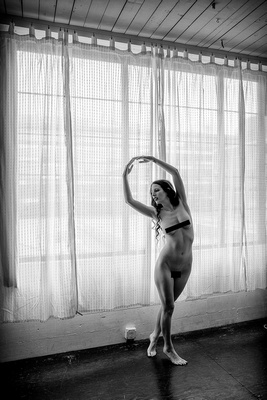 The "black band" style of self-censorship

There’s no evidence that human beings even work at Instagram. You hear about them, in articles sympathetically describing employees with PTSD from responding to images of violence and gore. But no option exists by which an artist can appeal to a real human brain to point out that an idyllic image of a woman posting by a large window, with all the “naughty bits” obscured, is no more “sexual solicitation” than a painting by Picasso. (And I guarantee that I treat my models, in real life, with more respect and far less sexual solicitation than Picasso did.) I’ve never heard of anyone in all of existence who actually had a conversation with a real person at Instagram in any context whatsoever.

It’s galling, actually, to be a serious artist, making serious art with serious ideas, and to do your best to comply with “Community Standards” (even though an argument could be made that it is entirely the purpose of art to challenge “Community Standards”), and to be accused of… basically, being a pimp and a pornographer. The disconnect between Instagram’s own definition of sexual solicitation, and the reality of my images, is so great as to be considered defamation. Noun: the act of damaging the good reputation of someone; slander or libel.

Instagram even has a section on their website where you can report someone for using the platform to engage in defamation. The first question is: “select the jurisdiction where you are claiming legal rights.”

In most cases, this question is followed by others asking about the nature of the defamation. If you select “United States,” however, the response is “Instagram is not in a position to adjudicate the truth or falsity of statements made by third parties, and… is not responsible for those statements. As a result, we are not liable to act on the content you want to report.”