The results are back from the Suvarna salon in India, and they include six accepted photos -- two of them accepted by an exhibition or contest for the first time.

Still, I'm disappointed. Suvarna is one of a very few salons to have a specific "Nude" category... and none of my entries in this category were accepted.

I have learned, repeatedly, that art is subjective, and that results vary from place to place and person to person. It is only by seeing how a broad range of people respond to my art that I can glimpse any sense of what the community overall sees as quality. One contest may give my image the highest marks available, and first place awards; while another contest doesn't even accept the same image. I submitted some of my most reliable images to this contest, and none were accepted. When I look at the images that were accepted, and those given awards, I may get a sense for why mine weren't successful. This contest, and its judges, clearly valued highly polished images, either in studio settings or, if out of doors, extremely stylized. This is not my kind of photography, as I favor a grittier, more realistic style.

Sour grapes? I hope not. The images that won are excellent images. They're just excellent in ways that are consistently different from mine.

I already preview the kinds of images a salon has accepted in the past, to see which salons are more likely to accept nude images. Certain countries (China, Italy, Turkey, the United States) consistently have few if any nude photos accepted by their photo clubs. Other countries, and certain clubs within them, consistently seem to place a higher value on figurative art, with one in five images, or more, including nudity within the "open" categories.

It's daunting to even consider looking at individual photo styles accepted in past contests and comparing them to my own. Plus, judges vary, so the favored images likely vary from year to year as well. In the end, trying to game the system becomes more trouble than it's worth. You just have to submit what you think is your own best work, and hope for the best. And over time, the community of photographers will give you a sense for which of your photos are respected, at least by a subset of judges.

Meanwhile, I don't mean in any way to diminish the worth of the six photo that were accepted. And as I said, two of them were accepted for the first time. Here they are: "Ohanapecosh 215," featuring Katlyn Lacoste at Ohanapecosh in Mount Rainier National Park this March; and "Den lille havfrue," featuring Queen Dandelion at Rialto Beach in Olympic National Park in July 2018. ("Den lille havfrue" is "The little mermaid" in Dutch.) 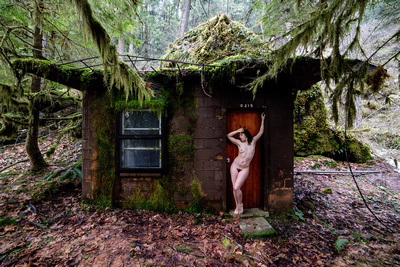 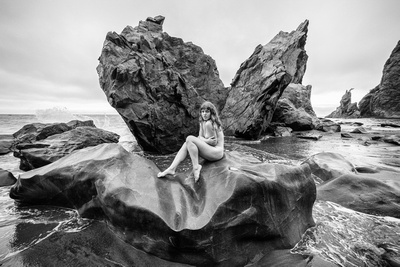